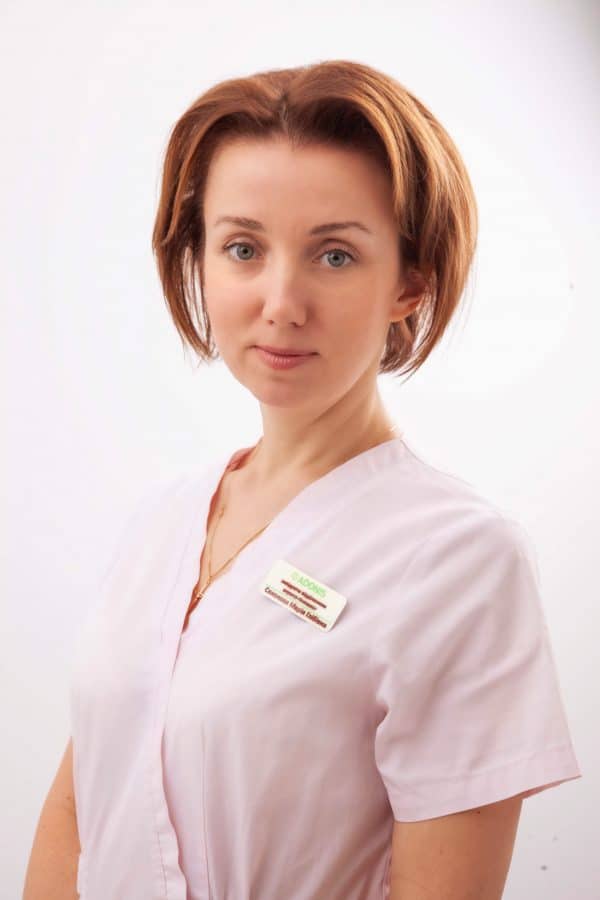 2004 – Courses of thematic improvement “Pathology of the breast”.

2005 – Courses of thematic improvement on interventional ultrasound in mammology.

2008 – Courses of thematic improvement on pathology of the cervix.

2011 – GCP training at the Expert Center of the Ministry of Health.

2012 – Courses of thematic improvement in urogynecology.

2012 – 20th Congress of the International Federation of Obstetricians and Gynecologists, Rome, Italy.

2013 – 10th Congress of the European Society of Gynecologists, Brussels, Belgium.

2014 – 13th Congress of the European Society for Contraception and Reproductive Health, Lisbon, Portugal.

2016 – On-the-job internship in Oncology at the Radiation Diagnostics Department of the National Cancer Institute.

2018 – 15th Congress of the European Society of Contraception and Reproductive Health, Budapest, Hungary.

2019 – International and Ukrainian School of Gynecological and Reproductive Endocrinology.

2019 – Master class of Professor Gubina “The Art of Hysteroscopy”, master class “Effective monitoring of the fetus”.

Professional labs in obstetrics and gynecology, maternal and fetal medicine, miscarriage, Eastern European meetings of professionals – on a regular basis.

Member of the Association of Obstetricians and Gynecologists of Ukraine

Member of the Ukrainian Association of Aesthetic Medicine

Member of the European Society of Oncology and Gynecology

Member of the Ukrainian Association of Colposcopy and Cervical Pathology

Member of the Association of Gynecologists-Endocrinologists of Ukraine.